You’re looking at the Edsel, I see,
a real classic, that one.
Original paint, believe it or not, garaged
up near Elk Lake for close to fifty years.
My grandma drove her first car,
a Ford, I think, right through the window
of a florist on Second Ave so Grandpa spent more
than he could afford on that Edsel,

but, she never got the nerve to drive again,
but, If you heard the engine, believe me,
you’d think it was a big purring cat -
five on the column, V8, a couple
clean tires but the radiator leaks.
How ‘bout I show you one of our more practical models?
I specialize in trade-ins, clean title or no,
Ah, that there’s my parents’ ’62 Olds - the first
car I ever drove, look at it, rumble seats,
helluva good stereo - Me and Phyllis used
to drive it down Central Avenue
on Friday nights, park in back
of the West Side Lanes
and smoke joints

Ah, but this one –
Aunt Thelma’s Corvair.
You should really sit
behind the wheel of this one
I can’t let you drive it though,
no carburetor - not for sale -
drove it to Nevada with Hank,
before he OD’d on the mescaline
he bought in New Mexico.
Drove it back to St. Paul alone,

some of these older cars ain’t much to look at, but
I have some newer models, too,
not so many miles.
Cousin Pamela’s Wrangler is around back,
a ’78 Rolls Royce that I just got in,
a piece of junk, but it’s a Rolls Royce,
for chrissakes.

Ah hell, I know Uncle Mel only bought American.
His pop worked in Detroit, making door handles
and locks,
good old pick-able locks,
but look at this LTD, this is the one
Aunt Thelma’s half-sister Marie drove
into the ground, rebuilt it with Honda parts -
door handles and all.

out – up there, on Hillside Drive at sunset
where the stars just explode in the rearview.

Erickson has published poetry in Plainsongs and
The Curbside Review, and his fiction has appeared
in Penmen Review, Curbside Splendor, and Cigale
Literary Magazine. He recently earned an MA in
English and Creative Writing and is currently
in the process of completing his first novel.

You still look good in
your one-piece bathing suit,
conservative by today’s standards,
but skimpy for hanging around
the house.

I’m sorry about your toes.
I thought my daughter was ready
for you. That must have hurt,
to have your toes gnawed by a giant girl.
In my defense,
I took you back when I saw
what she’d done.

I wish I could return
you to the days of “Sexy Barbie,”
when I placed you in
the backseat of the doll car
with Ken, both naked.
Oh, the things you did,

things I’d never seen
or heard of, but something,
maybe instinct,
made me place
you and he
on top of one another and
rub you together like two sticks.
My clumsy hands
making you do the act.

Later I replaced your world
with mine, rubbed my body
against this boy and that
in backseats my size.
In those teenage years
I was more anatomically
closed than you were,
only playing with friction.

Barber’s poetry has been published recently in Slant,
SLAB, and San Diego Poetry Annual and is forthcoming
in Sweet’s anthology. She is a 2013 graduate of the
Vermont College of Fine Arts MFA in Writing program.
A past president of the board of California Poets
in the Schools and a current member of the advisory
board, Ms. Barber teaches in classrooms in San Mateo County.
She also writes a humor and musings blog: Is It Just Me.


Ace Boggess is the author of two books of poetry: T
he Prisoners (Brick Road Poetry Press, 2014) and
The Beautiful Girl Whose Wish Was Not Fulfilled
Highwire Press, 2003). His writing has appeared
in Harvard Review, Mid-American Review, Atlanta
Review, RATTLE, River Styx, Southern Humanities
Review and many other journals. He live in
Charleston, West Virginia, and has appeared
on these pages before.

Saxophone moonglint at last-stop bar. Slushy
street on a January night. I have fifteen
minutes before the horn freezes. Open-fingered
wool mittens, shades. The spill of relief: bladder on pavement
and bills in my open case. I breathe exhaust and beer and starry
night questions. Woman with a black eye holds
up two fingers: peace or can I bum a smoke? My own composition
chases the woozy jazzy blues, Marlborosticks
safe in pocket.


Egnoski's work has appeared in a number of literary journals,
including Backwards City Review, Cimarron Review, Folio and
Louisville Review. She is also the author of two books,
In the Time of the Feast of Flowers (Texas Review Press,
2012) and Perishables (Black Lawrence Press, 2010).

The Snow is Wide • George Eklund

My eyes are so small
When I touch them with my thumbs.
A glass of gin rotates 16 hours
There are many ways to move
From the shadows of thinking.

The dreams get stranger at midday—
Beautiful things distorted
In their new wreckage
And things I’d like to say.

I waited all day for the meteor,
The spitting snow electric,
The stuff on my desk held
In the silence of a maze

The mind is the slowest
Part of the world
To heal 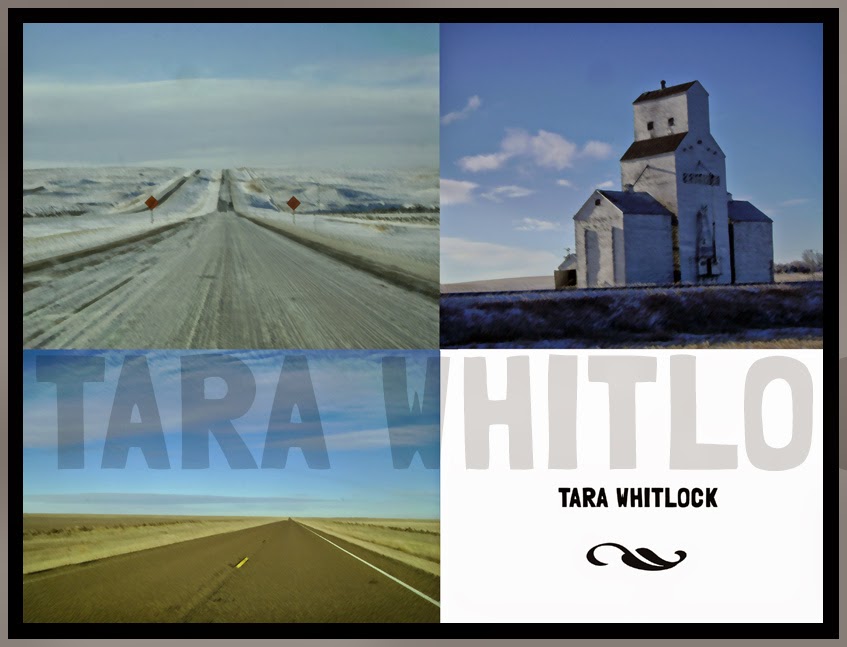 Tara is from Kindersley, Saskatchewan. Her photos
have appeared in galleries around
Alberta, Manitoba, and Saskatchewan.

Mills is an artist from California, with a degree
from UC-Santa Cruz and exhibitions all around the state. She has
won Eduardo Carillo and Irwin Project grants each of the past
three years. 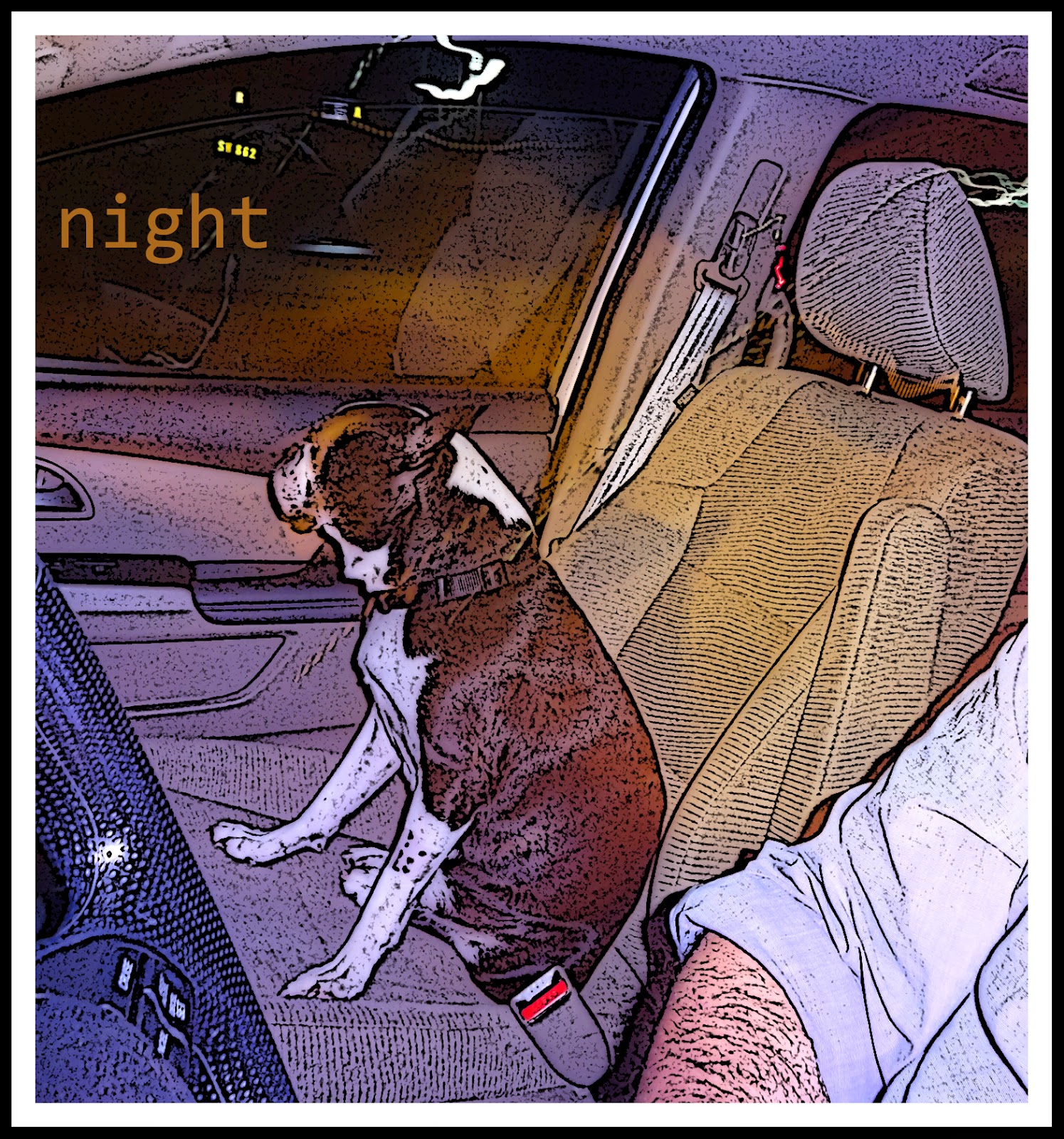 Yet; the words, I
don’t love you will
pucker thin lips
that once rose in
sweetness, still cloying,
tongued to your palate
but never mine.
I knew there was a catch.

Lucille Gang Shulklapper is a poet and fiction
writer. Her work appears in journals and
anthologies such as Slant, Main Street Rag,
Poetic Voices Without Borders, Red Booth
Review, Consequence, and New Verse
News, as well as in four poetry chapbooks,
the most recent titled In the Tunnel (March
Street Press, 2008). She’s led poetry
workshops for The Florida Center for
the Book and those facilitated through the
Palm Beach Poetry Festival community
outreach program. Her first picture book,
Stuck in Bed, Fred, is forthcoming this year.
Having taught reading K-college, made
recordings for the blind, and raised a family, s
he is presently, a volunteer with Caregiver
Youth of America.

What I Say I Mean • Philip Vassalo

I don’t know the right verbs
(if that’s what they be called)
to say this right,

but my blood—
the very veins themselves—
trickle, like

bricks one on top
another cemented together
but small enough

to fit inside me
blocking, stuffing
there’s not an inch left

for me
no insides. Just blood.
I could burst

but have no words
to do it with,
the ones you’ll know

to say what it’s like
this me getting down
next to you.

And you don’t say a single
word to get my blood back,
pumping again,

Oooooo baby
what you do to me
the wordless way you have.

Philip Vassallo is the author of Like the Day
I Was Born and American Haiku.

my ghost
speaking to him.

Who was I
to say it wasn’t.

Who was I to say
I was alive.

I told him the afterlife is good
free trains always running

on time, noodle shops
and plenty of mangoes.

He said, okay, good night
I’m so glad I called.

Kelly Nelson is the author of the forthcoming
chapbook Rivers I Don’t Live By, winner of
the 2013 Concrete Wolf Chapbook Award.
She also has work forthcoming in I-70
Review, Another Chicago Magazine,
NonBinary Review and Bluestem. She
has lived without a car for the past
14 years in metro Phoenix and is
currently editing an anthology of car-free
poetry: poems in which people walk, bike, ride
a train, subway or bus to get around.
She volunteers as an art gallery docent
and teaches Interdisciplinary Studies at
Arizona State University.

A figure stands, lasso in
hand, asks: "do you want the moon?

The waves then, pulled by
a heavenly force, rise and
fall and rise again.

Connecting now and
hearts beating once again, sync-
ing us in slow tune.

Blending we swirl to-
gether, reaching and pulling
it all in to us.

New and patternless,
free from the expectations
felt for the starlight

Release me slowly-
Suspended in disbelief
I remain, hanging

A smaller part of
the greater working system;
cosmic fault or not.

Katy-Whitten Davidson lives in Columbus, MS with
her almost 1 year old son, Zooey. She's an English
major at the University of Alabama with plans to
graduate next May.