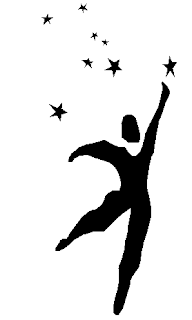 The Moon An Auxiliary

The smoothers do their work
They go; she doesn’t hear them

She wants to call
run into him with her car

His voice in her dreams
asks her what she wants

She knows she has become the mediocre him

The puppet on her arm
asks her what she wants

She says, warning light wise
like a vein, she says

“I want to be honorable.”

What You Are To Do and Not Do
for Brenda Hillman

We sat on the bed. We talked about the denial
introductory things and then she said,
“You should write more about love.”
I said I did and she said no I didn’t.
I said yes, looking at her thin body.
She lay down on the bed and said,
“You’ve been so sad.” And I said so?
“There are people who would really like to hear it,”
she said. I put my face down on the spread.
“Are you talking about just in general or someone specific?”
“He really loves you,” she said and said his name and I
climbed on top of her and put my head on her chest.
She said, “Why don’t you just give him a hug?”
I hugged her. “Did you say hug you?” I asked. She laughed
and said no. I did it anyway, holding her tininess, smelling
her gray hair.

It’s easy to hide, but clearing space behind
shampoo bottles in the bathroom closet
doesn’t involve much risk
as a general rule:

1. You might as well be buried in your birth-bed,
under a stippled ceiling, in an electric space.

2. You might as well be on your knees in
the living room, head planted in the
cushions of the green felt couch.

You can crack your skin along all the edges
without really stretching or hurting
the family, yell at everyone’s dumb confidence
from the bottom shelf, without
knocking anything over.

It gets you down, this nightly
dumbwaiting, no longer knowing what it is to
set out to achieve, then unfolding your little
legs and reaching for the inside knob.

Should you pretend there is no door?
When shame is a bulb exposing the box housing you,
when claustrophobia is a suitcase packing and pressing,
cutting off their sealed lips two by two,
smothering the sharp smell of mercurochrome and
Band-Aids…?

3. You might as well put your knuckles into your eyelids
so hard you can make out nothing but God’s black rays
deeper than a field.

To hide is to be placed, or worse: an insult
to instinct, a waste
of the little forces we have at our disposal.

Shaking at the door after five days’ absence,
a still-full pack of cigarettes,
admittedly nervous and squeamish.
It has been six months, exactly? Maybe a little more.
For sure this time, have quit. Quit quitting.

You are honorable
for spitting it all out--
taste-and-guts---
the constellations of the firefly
printed on your eyes.

Body stink, clothes stink, air stink,
thousands of little stink-butts
in the car ashtray, in half-filled glasses on the windowsill.

A very concise,
silent genius,
you have blocked
all ways of escape.

Patchy skepticism or the full dose?
Either way, it’s like applying one
wound to another,
hoping love will filter out,
that you will somehow quit
beginning again.

Something to hold and simultaneously hide.

Mary, I am useful.

A closed capital O never opened. The mystery!
Things came out or went in (exchanged):

I never saw it inside out. (Sudden memory of
boys taking it away. She cried.)

I am well, but have no wealth.

What was in Mary’s purse? The dark ride.

Of course, you’d never put anything
alive in there.

I remember her mouth being soft and red.

I’ll protect the things that matter.

The Timex in the gyrating case displays days, months, no years.
Her adorned arm and hand, in a Piglet t-shirt, looks for a watch.
He pulls a fifty from a jean-short pocket.
The cashier makes the exchange, brown hair hanging.

The band’s made of hide. Under a pink cashmere
cardigan, hands circulate, starting at 2:15, the beginning
of documented experience. And around. Proof they lay at
a certain angle; the narrow and dark nap. And up.
Surrounded by cement blocks and plywood, again. When?

The year disappears, only to disappear.
“Come back,” she says. “Mean something.”

We waited with perfect, rust-pointed hearts.

From futon and comforter and beaten pillow, things laid flat,
to puff of quilt and nap blanket, ticking underneath, the result:

a clarinet in a velvet grip.

In less than a year, these appeared:

A bear in a shower cap
A Frankenstein
A creature my grandmother made up.

As the Metro passed beneath us,
As Quixote’s books were set on fire…

I left the iced-tea baby steaming in the sink.

Thoughts from the Death Star

Alarm as a reminder that you feel—does it
detonate something in you?

My dreams are impregnable cake but I still have
auxiliary power charged from afar…when you were
the bullseye of my apples. With a mirror in my teeth—
still!

I don’t know why I never said this before, I don’t
love you ever, I swear it. I made
a whole bowl of this home planet, this windy
ramen.

Now I’m making a
time travel message to greet you like on the Star Wars
Happy Meal of 2030:

“You have been here before and my present is the present which
is that I’ve expired at 23. Can you stomach that?”

But I will not put those stupid cinnamon rolls on the sides
of my head, ok?

Tired and I will not say you are my only hope. Because you
have lived long enough without my love. I’m sorry
about your mother.

She left a hairline ring of decay where she slept,
an invisible smudge where she broke away,
like a virus…her wet tongue was a witch’s hat
jammed in your mouth.

“Wasn’t that beautiful?” she asked.

Spinning like a drugged machine,
highly smiley hot potato,
needing someone to hold her tonight.

The rotten coal not turning to diamond,
the despair of not having the right word…

You should have smelled the stress on her,
like the odd cigarette between her fingers.

She thought a shower would rinse it off,
a good workout would turn it to muscle,
when she wrote, it would stay in her notebook;
if she loved, it’d stay in her nerves.

No.
In exposing herself to you,
she exposes you.

A green felt hat.
A wet felt hat with a worn rim,
worn by a tall man, head in the clouds,
face under water.

Floating on the sea, I thought,
“fifteen years” have gone by
since I loved you with my
heart in my mouth.

Grandpa, your mountains rise up as testimony

and sit there through the next millennium.
People climb them, forgetting.

Out of style?
Unlucky island?

I woke this morning
ready to sail, having found you again
in the darkness of my quilts.

So often I think of you as a telescope,
my wide eye looking in, my head aching,
the view astounding.

It is one of those rare days
when artificial weather isn’t needed.

My laptop sends blind copies,
its sculptures, its metaphors:

“Titanium is popular in the East,”
this, I know.

How do we remember each other?
Watching memory.

Distance makes us vague.
Each mile adds its fuzz to the tongue.

Flying into clarity,
the shock is often overwhelming.

You must not expect to talk every day.

You must remember to change
the battery on the clock.

Thoughts From the Mound

Funk not, but go in and win.
Throwing a ball--whether it be
fast or one made of spit
to batter A, B, the
man at the publishing company—
requires momentum,
that push from Dad,
gravity’s ride to work, and
you’re on a roll:
money sticks to you like
steel pellets.

Folio: “What You Are to Do and Not Do”
Many Mountains Moving: “Pot-House Logic”

This collection is © Julie Chisholm 2002. All rights reserved.