A princess waves up there
as a frog slips into his mind.

Light breeze carries the prince.
The horse at a halt.

A butterfly breathes beside me.
Can we open the window?

Moonbeam diffuses in the puddle
as the frog dreams itself crinkling
her glassy face. A song

draws the cicadas
in verses.

She strides to the black water and wakes me.
Would you sing my theme?

The words have a flavour as they blend in
from the wooden frame.

The prince in shadow,
watches the frog
climb up a tree. Sing.

The window closes as the cicadas
swim like ghosts.

In her deep purple silhouette, the princess
dances like a feisty butterfly.

Tree branches cut out
on the ground above the fallen leaves,
and pump up through black veins.

the moon rejects my invitation. 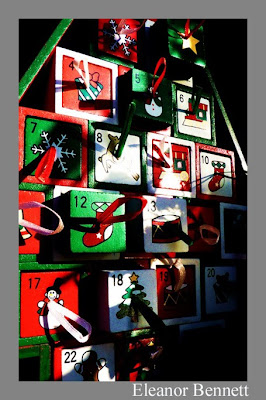 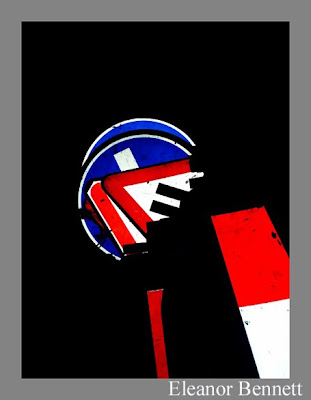 Eleanor Leonne Bennett is a 16 year old internationally
award winning photographer and artist who has won
first places with National Geographic, The World
Photography Organisation, Nature's Best Photography,
Papworth Trust, Mencap, The Woodland trust and Postal
Heritage. Her photography has been published in the
Telegraph , The Guardian, BBC News Website and on the
cover of books and magazines in the United states and Canada.

Why wait
until the room
is completely

Love must be
ambitious.

Love must be
determined,
a machine gun

And so
screw it

should
a satellite,
or angels,

ever happen
to hover
over our bed.

Howie Good, a journalism professor at SUNY New
Paltz, is the author of the full-length poetry collections
Lovesick (Press Americana, 2009), Heart With a Dirty
Windshield (BeWrite Books, 2010), and Everything
Reminds Me of Me (Desperanto, 2011).

When I ran away to visit my friend,
five hours by plane, we got drunk in
her kitchen and stomped our feet when
we laughed and dunked ice cubes with
our index fingers into glasses of whiskey.

One night later, she introduced me to
her friend, a madman with hair like silk
and I got all wrapped up in his strange
colors. He sang me his songs and I,
swept away, warmed to him.

We wrangled that night on a twin bed
in the guest room and slept, my fingers
tangled in his hair, his pale back against me.
The next morning he was strange, silent,
beautiful still, but his eyes wanted nothing

from me and, when I touched his hand,
he pulled away. He reached into a bowl
on the Cedar Heights buffet where there
was fresh fruit. “Here,” he said, “have an orange.”
Like Cisneros, I am delighted with my disasters.


Martina Reisz Newberry’s most recent book is
LEARNING BY ROTE (Deerbrook Press). She is also the author
of WHAT WE CAN’T FORGIVE. LATE NIGHT RADIO,
PERHAPS YOU COULD BREATHE FOR ME. HUNGER,
AFTER THE EARTHQUAKE: POEMS 1996-2006, NOT
UNTRUE & NOT UNKIND (Arabesques Press) and R
UNNING LIKE A WOMAN WITH HER HAIR ON FIRE: C
ollected Poems (Red Hen Press). Her poetry has appeared
in numerous journals over the past four decades. Martina lives
in Hollywood, California with her husband Brian and their best
4-legged pal, Charlie the Cat.

And the Night was Undead • Bradley Mason Hamlin

Up
against
the wall

they’re
closing in
and you
know
it

and this
is all
you have

naked
alone
with her

and the moon
and that salvo
of stars

as you move
closer
together

the fortification
becomes
a force field

of the
energy barrier

but
they’ve
always
been

Bradley Mason Hamlin is an American writer
and the creator of Secret Society Comics. He is an
alumni of the University of California, where
poet Gary Snyder dubbed Hamlin “The Road
Warrior of Poetry!” Born in Los Angeles, Hamlin
currently lives in Sacramento, California with
his wife, Nicky Christine, and their children &
their wild cats. His latest book of poems, California
Blonde, is available from Black Shark Press.

The question
is not whether or even how but
where best
we are shriven
with the essence
of souls, of hearts
we have earned to deserve.
You want to feel it like
a sprinkle of superfine sugar,
licking it from your hands, your arms,
but it will come more sweetly
in the woods where nothing
escapes God's notice
no not for an inkling
of time or fellatio
or even for the price
of a bargain
at George Washington's best white sale.
In our time
herein on Earth
will we notice how the sparkles
of creation can
siftle through bare branches
and sensuously budding
leavings of low­dwellers
to become say a cell in the body
containing everything someone else was
or will be
if we are open to that kind of berthing?
The question of belief
becomes the essence
of what you crave,
proof, if you need it,
dropping into hair
or onto skin
like glitter,
or onto clothing
without notice,
to make its quiet way
into forever,
catching one by the hair or
glazing one's arms or legs leafily,
gouging the skin
with a perfectly-­placed
briar of pain,
diving through a pore
unknowing, unseeingly
seemingly beyond our ken.

trips all the way west
to this gold coast place,
knockabout face kissing
the asphalt spokesway
my bike rolls over,
tires humming ..
"You is my lucky dime"

and, there it be - my eye
draws a bead on one I've missed -
now, streetwise and weary,
'heads up' on Mission in front
of Restaurant Roosevelt -

Stephen Kopel is San Francisco's 'pedalling poet'
with perfect abs who depends on the frequency of
vibrations emanating from the attic of his head...whose
work resides in academic journals like Red Cedar Review,
Antigonish Review, Harpur Palate,
Birmingham Poetry Review and others. 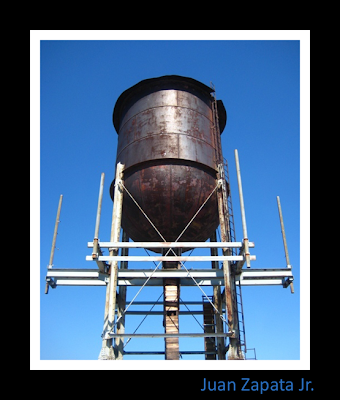 Juan lives in NYC. His photography is geared towards
singularity, whether it means loneliness, oddity or place;
he strives to establish a presence for the ones already
existent on his themes.

He was a finger-picker, and I was a frailer,
and she was this beautiful dark-haired guitar
with this forthright mischief in her eyes,
this clef tattooed above her sacrum,
this mother-of-pearl shiver she sent up

my 15-year-old spine. I was in love with her,
me, a masturbater in God's eyes as I locked
the door, closed my eyes, and my mouth
sang mute accompaniment to my own flailing
hand: traditional enough, but back then

I thought I'd go blind if I kept it up. Then Doc
Watson came to town with that happy guileless
Tennessee voice, that flat-picking style as clean
as a ringing bell, and his son Merle on banjo.
We both bought tickets and asked her to go.

You know how this story ends. She goes with him,
the finger-picker. And I can't stop crying.
And I can't stop frailing. And six months later
Merle dies in a tragic tractor accident,
and Doc stops singing for a long, long time.

sweet-smelling spring,
wound him like a string around
the tuning peg of her index,
touched him and he stiffened,
and he sang. And he broke

down and wept when she went back
to her banjo-playing ex
like a second thought about
a second fiddle, a repeating
chorus or refrain. So he went out west

high against the big Wyoming sky
at twilight. And on a side street
in Jackson, he saw it in the window
of the pawn shop, its slender neck adorned
with mother-of-pearl inlay,

its fifth tuning peg indented like
a new paragraph, a new chapter,
its pale full-moon face a blank
slate. And he bought it for fifty bucks
which included the case, capo, strap, three

fingerpicks and a Mel Bay's Learn to Play
the Five-String Banjo book. He was
motivated. To win her back, of course.
And of course he didn't win her back.
But he did learn to play in a frailing way

"Cripple Creek" and "Old Joe Clark"
and "Sail Away Ladies Sail Away."

Paul Hostovsky is the author of five books of poetry,
most recently Naming Names (2013, Main Street Rag).
His poems have won a Puschart Prize and he has been
featured on Poetry Daily, Verse Daily, The Writer's Almanac.
Visit him at www.paulhostovsky.com. 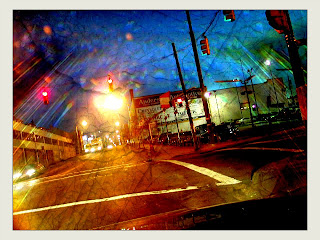 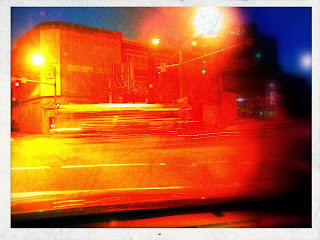 This Door Half Flowers • Simon Perchik

--the knob won’t turn
though the sun’s nearby
exhausted, wobbles
the way even light
withers, reaches an end
limps till the room
fits between your jaws

--they never let go
still drink from a bowl
that doesn’t move anymore
bends open for dirt
as if you had no thirst
no arms left or side to side.

Simon Perchik is an attorney whose poems have
appeared in Partisan Review, The Nation, Poetry, The
New Yorker, and elsewhere. His most recent collection is
Almost Rain, published by River Otter Press (2013).
For more information, including free e-books, his essay titled
“Magic, Illusion and Other Realities”
please visit his website at www.simonperchik.com.

kosi is leaner these days, starved
it's only a trickle,
knee high at the most

no need of any boat, anything

we'll crossover
and sit by the edge
of the woods --
near that
railway track
(still meter gauge!)

only three mail trains
will pass by
throughout the day

Kanchan Chatterjee is a 45 year old male executive,
working in the ministry of finance, government of India.
He is from Jamshedpur, Jharkhand India.
His poems have appeared in various online and print journals,
including, Eclectic eel, Mad Swirl, Shot Glass Journal,
Jellyfish Whisperer , Bare Hands Poetry , River Muse, Decanto, and
Ygradsil. He is a Pushcart Prize (U.K) nominee for 2012.

this is what will be
left of me:

and
my heart in your hands

waiting in vain
for another turn of
this stupid dance
while the saddest song
is playing.

Peycho Kanev is the author of 4 poetry collections
and two chapbooks. He has won several European awards for his poetry and he’s nominated for the Pushcart Award and Best of the Net. His poems have appeared in more than 900 literary magazines, such as: Poetry Quarterly, Evergreen Review, Columbia College Literary Review, Hawaii Review, Cordite Poetry Review, Sheepshead Review, Off the Coast, The Adirondack Review, The Coachella Review, Two Thirds North, Sierra Nevada Review, The Cleveland Review and many others.